Best Board Games for 7 Year Olds

There are so many different types of games aimed at children, so choosing between them can often be difficult. Board games are great for keeping boredom away when it’s too wet and cold to play outside, and they are also ideal for helping kids interact face to face with others, away from the influence of screens and gadgets. Here, we have some buying tips for parents looking for the perfect board game for their 7 year old, as well as reviews of 10 of the best picks.

Below, you will find what we believe are 10 of the top games for children aged 7 – there is sure to be something the whole family will enjoy playing here!

1. Battleship Board Game by Hasbro 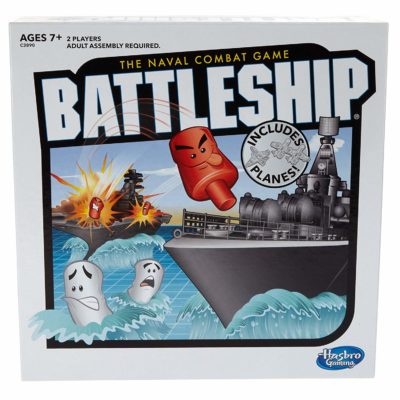 The classic battleship game has been popular with parents and children alike for many years. There is a more modern electronic Battleship game which has sound effects, but here we have chosen the original. The game comes with two boards, 10 ships, 2 planes and plenty of white and red pegs. Players take turns to give coordinates of where they wish to ‘shoot’ and if they miss, a white peg is placed on that space. If they are successful and hit, a red marker is used. The winner is the first player to take out all of their opponent’s ships.

The Hasbro Battleship game involves a mix of skill and luck, and is great for kids to practice using strategy. The cases can be used to neatly store all the pieces, so the game is ideal for traveling with – it doesn’t take up much space and will keep kids amused for hours. 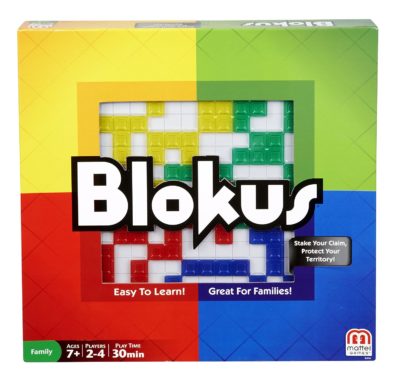 Blokus is a great strategy game for children aged 7 and their families. The rules of the game are simple, but mastering it is much more difficult. Players start with 21 pieces, and the object of the game is to lay as many as possible on the board. However, the pieces can only be placed if they are touching the corner of another piece in the same color. Sometimes, not all the pieces can be placed on the board, so the winner will be the player with the fewest remaining. The game lasts up to 30 minutes, and kids are sure to want to play it over and over again! 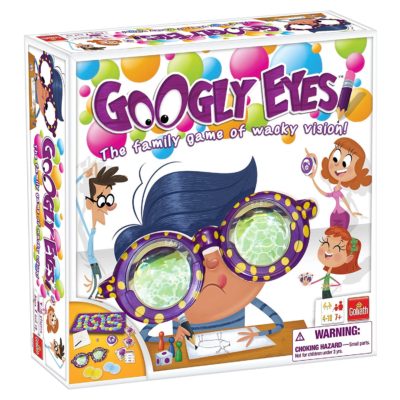 The Googly Eyes game is a great, fun game for all the family to play together, on teams of at least 2 players each. The game involves moving around a board, and if you land on certain spaces you have to put on the silly glasses and attempt to draw a picture! The rest of your teammates then have to guess what you have drawn. If they guess correctly, you win points depending on the difficulty level of what you have drawn. Each card which tells you what to draw has three different options, and there are three different lenses to put on the glasses which correspond to the difficulty levels. This means players of all different ages can play, and everyone will have an equal chance of winning. 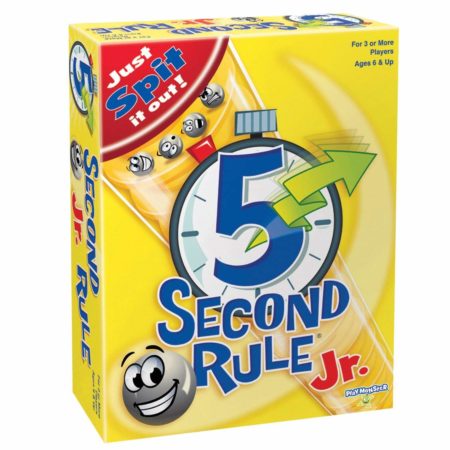 The 5 Second Rule game is a great party game, perfect for the whole family to enjoy together. The game involves drawings cards which ask you to give three answers in just five seconds. The game is sure to make everyone laugh as they let out silly answers as the pressure of the timer gets to them. There are 400 questions, so the game can be played over and over again without getting too easy. In fact, older children and adults will even enjoy the game – it is great for spending quality time with the whole family together!

5. Bugs in the Kitchen Game by Ravensburger 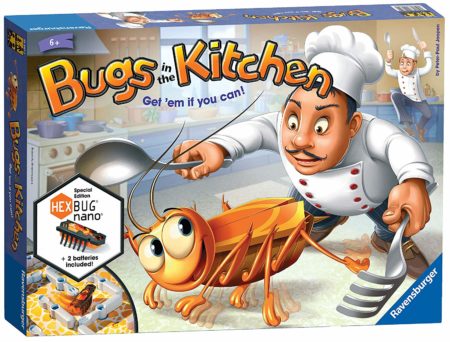 Bugs in the Kitchen is a great game for developing problem solving skills, as well as helping kids learn to play nicely with others. The box doubles up as the game board, meaning it takes very little time to set the game up. Players take turns to throw a die, which tells them which of the utensils they are allowed to turn. By turning utensils, players must attempt to guide the battery-operated bug into the trap. If they are successful, they collect a token, with the first to collect five tokens winning the game.

The hexbug game is suitable for 2 – 4 players, and each games lasts around 20 minutes. For even more fun, you can buy more bugs additionally and let them all loose at the same time! Extra batteries are also a good idea – if your kids want to play a few rounds in a row on a regular basis, the batteries won’t last very long. 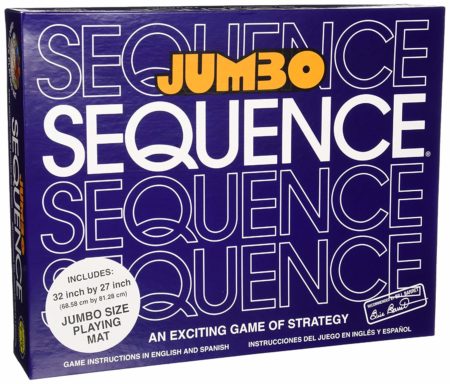 Jumbo Sequence is great for playing in teams or during parties – the playing mat measures 32 x 27 inches, so up to 12 people can sit around it and play. The game is very simple to set up and takes only around a minute, and it’s equally quick and easy to learn the rules. On the playing mat, all the playing cards are pictured. Each player takes turns to play a card from their hand, covering the corresponding card on the mat with a token of their chosen color. The object of the game is to be the first player to get five in a row – and call Sequence!

The Sequence game involves using strategy to block your opponents whilst also trying to ensure you can connect your own cards first. As few as two people can play, but the large size of the board means it is perfect for bigger groups to enjoy. Kids will love playing this game with their friends, and parents will love getting involved too.

7. Labyrinth Board Game for 7 Yr Olds 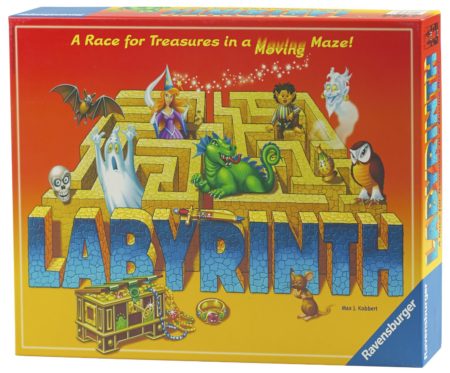 The Labyrinth game is great fun for kids and adults, and can help children learn and practice new skills. The aim of the game is to be the first player to collect all of your treasures, by moving the walls of the labyrinth to block out opponents. The game is for 2 – 4 players, and a round lasts up to 30 minutes, so it’s a great length to keep 7 year olds’ attention.

The Ravensburger Labyrinth board game helps players learn about cause and effect as well as planning and association. It’s also great for improving social skills, as players must wait their turn, and anticipate where their opponent might move next. The game is fun to play over and over again, as each game is different! There is a simpler version which can be played, ideal for beginners or younger players who might struggle with the full version of the game. 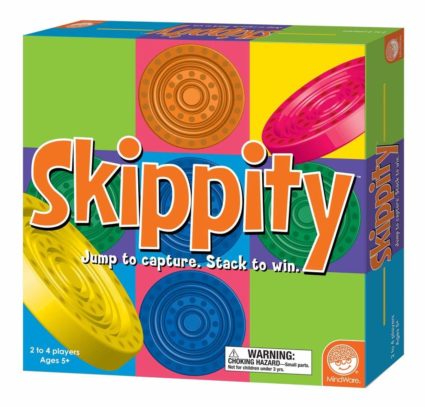 The Skippity game is great for helping children learn how to play tactically and with strategy, as well as their ability to plan ahead. The game is similar to checkers, but is more brightly colored and interesting for younger children. It’s also suitable for up to 4 players, meaning the whole family can play together. The rules of the game are very similar to checkers, except you can move across the board in all directions. There are five different colors of token, so players must try to collect one of each color in order to complete a ‘set’. The winner of the game is the player who has collected the most complete sets. Therefore, it’s important to use strategy to collect all the colors, rather than simply trying to collect the most tokens. 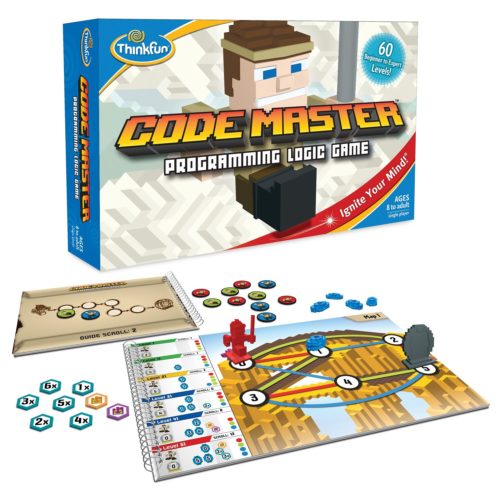 Codemasters is a great STEM toy which teaches programming in a fun way kids are sure to love. There are 60 different ‘levels’ to solve, ranging in difficulty from beginner to expert, so there is something to challenge kids of all different abilities. The single player game is great for keeping kids occupied when it’s too wet to play outdoors and they have no friends available to play with – they will learn how to amuse themselves whilst also gaining valuable skills at the same time.

The Codemasters game involves working through the various levels and collecting crystals with the help of a fun avatar token. Kids will love how this game uses elements of video games, but in a physical form. It is sure to keep them entertained for hours – mom and dad might enjoy helping out too! 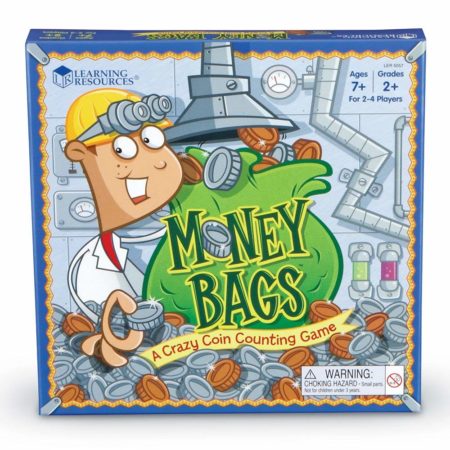 The Money Bags game aims to help children learn how to count money, as well as learning the values of different coins. Players take turns to roll a die and move around the game board. Each space has a different value printed on it and this is the amount you should collect upon landing on the space. There is also a spinner, which tells you which coins you are not allowed to use for example no quarters. This means kids have to use their problem solving skills to find other ways to make up their total.

There are many great educational board games, but there are few which actually teach kids the value of money with realistic pieces representing real coins (it comes with US dollars). The game is great for kids who are struggling to understand money and what different coins represent. You can even substitute the toy coins with real ones if you feel it would benefit your child to do so. The player with the highest total after reaching the finish is the winner!

Battleship has been a family favorite for many years, and for good reason. It provides endless fun for children as well as adults, and is ideal for using when traveling too. Kids can learn a lot by playing the game, such as problem solving and logical thinking, as well as learning how to use coordinates to give a location. This game is sure to remain popular for many years to come – it has even been released in a video game format.

Best Board Games for 6 Year Olds