There are so many different types of board games available to choose from, so trying to decide which is the best for your tween boy or girl can be tricky. At the age of 11, their interests can be difficult to predict, as they’re not children anymore but not yet teens either. So, we’ve picked out a range of games for 11 year olds in different styles and with various themes, so there is sure to be something to please even the most tricky of tweens. But first, let’s look at some ways to differentiate between the options on offer and choose the one that your child will love the most. 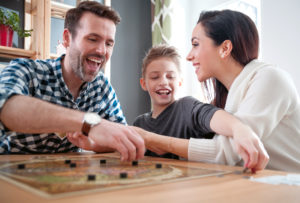 Considerations When Choosing Board Games for Tweens

There are a few things worth keeping in mind when browsing the different games on offer, to ensure you pick the one your tween will love playing over and over again. First, make sure the game is age-appropriate. The majority of games come with an age recommendation from the manufacturer so you can see at a glance whether or not it might be a good pick. Also, think about who they might be likely to play the game with. Some are ideal for just two players, whereas others might be better with a bigger group.

You should also think about the child’s interests when choosing a game for them. We have games based on popular movies such as Harry Potter and Jurassic World, and others that involve themes they might like such as sports or coding.

Now we’ve seen a little more about choosing the best board games for 11 year olds, it’s time to look at 10 of the best on the market today, so you can surprise your child with a new, fun game.

Harry Potter is always popular with kids and tweens, so this game is sure to go down a treat. Kids have to play as one of their favorite characters – Harry, Ron, Neville or Hermione and attempt to defend the wizarding world against the dark forces. There are over 250 cards, and there are seven different adventures to work through. The game also comes with four colored dice, villain control tokens and playing chips, and is suitable for between 2 – 4 players. It is recommended for kids 11 and up, so it’s sure to give many years of fun – it’s ideal for Harry Potter fans young and old alike! 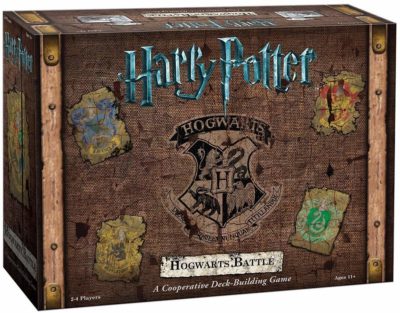 2. Bugs in the Kitchen

Our next top game for kids aged 11 is the classic Bugs in the Kitchen. It’s a fun game for all the family – it needs 2 – 4 players and takes just 15 minutes to play a game. The game has a special bug that can move through the game maze, and the object is for players to trap the bug in their traps. They must take turns rolling the dice and this will tell them what piece of the maze they can move in order to try and guide the bug into their trap. Each time the bug lands on your trap, you get to keep a bug token, and the first player to collect five of these is the winner! 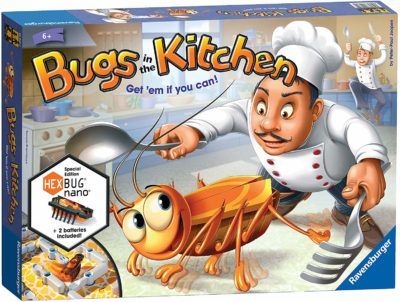 This card game is good for 3 or more players aged over the age of 10 years, and it is played cooperatively, meaning players must work together as a team. So, this a great game for encouraging tweens to work together and communicate with one another. The game involves foraging to survive after a plane crash, so players have to find food, shelter, and fire using the cards.

There is an expansion pack available which allows the game to be played with even more players, making it perfect for parties and gatherings. This Spirit edition allows players to compete against the spirits of the island to see if they can make it out alive! 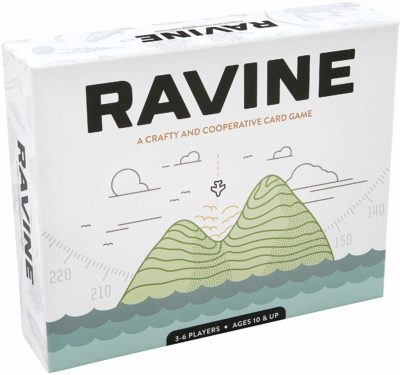 If you’re still wondering what do 11 year olds like, perhaps family games are something which might interest them. Labyrinth is a popular game for adults and kids alike, and it can be replayed over and over again without getting boring. The game is suitable for up to four players and it typically lasts between 20 – 30 minutes. The aim of the game is to make your way through the labyrinth, finding the shortest route to the finish, whilst collecting treasures along the way. Every game is different, as the maze moves with every turn, so it’s sure to be just as enjoyable each time it is played. 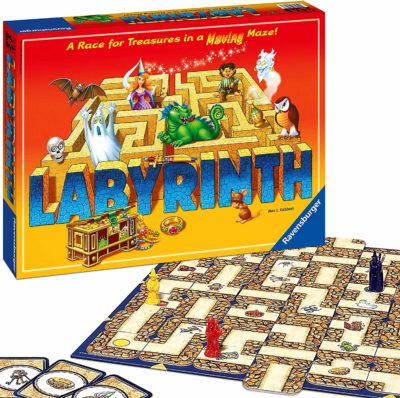 Our next pick is somewhat similar to the game above, but this time with a nice ocean theme. The rules of the game are almost the same as classic Labyrinth, but there are three different ways to play. There are 34 maze cards and 24 treasure cards as well as four play pieces, making this game suitable for up to four people at a time. A typical game lasts between 30 – 45 minutes, so it’s just the right length of time for kids this age. The game changes all the time, so it’s always entertaining and engaging, and no two rounds are alike. 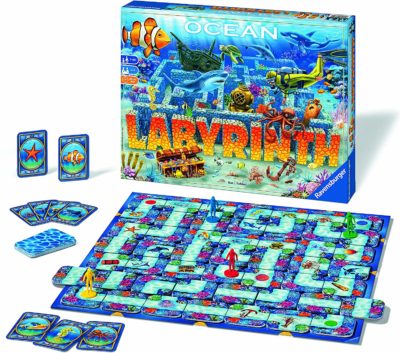 If you’re looking for boy and girl games 11 and up, this strategy game is an excellent choice. It’s sure to keep them thinking all the time they play! It’s suitable for groups of 2 – 5 players and a typical game will last around 45 minutes, so it’s the perfect way to fill out a game night. The game has high replay value and can be enjoyed time and time again without getting tiresome. The aim of this game is to build and grow your kingdom, gaining as many points as possible. There are loads of ways to score points, such as making buildings or gathering livestock, and the richest player at the end of the game will be named as the king! 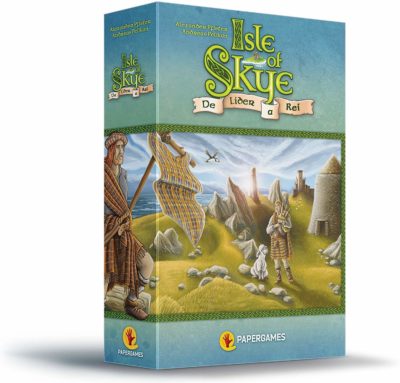 When it comes to fun games for 11 year old boys, anything with a sporting theme is sure to go down a treat. That’s why we had to include this fun NFL strategy game on our list. It’s perfect for all the family as up to four players can enjoy it at the same time. The game is officially licensed by NFL and is based on game statistics, so you can be sure of its authenticity. Football fans will love the look of this game, and they are sure to find their favorite team to play as. This is a long game, taking 45 – 60 minutes for one round, so it’s a great way to fill out an evening. The game is easy to learn and is sure to be a hit with football lovers. 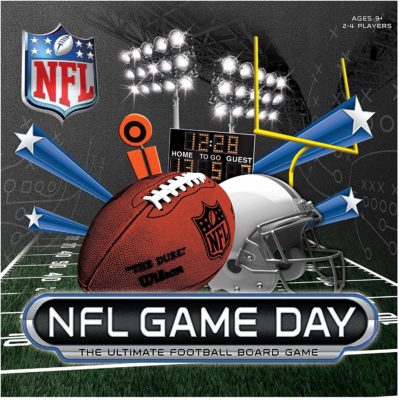 Monopoly is a classic game, but the original might not be the most interesting for tweens. That’s why instead we have chosen this new Jurassic World edition, which is perfect for fans of the Jurassic movie series. Instead of buying streets and train stations, players buy and trade different types of dinosaur and transportation from the movies. The play pieces are also fitting with the theme, and they include the entrance gate and a T-Rex skull. The rules of the game are much the same as the original Monopoly, so anyone who is familiar with this will be able to pick up this edition quickly. 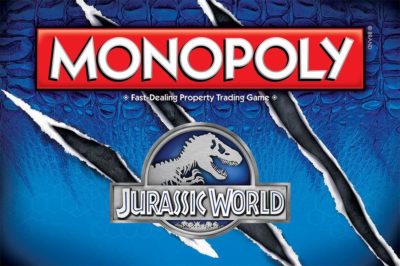 We’ve seen loads of fun games for 11 year olds so far, but this one offers something a little different. It requires the use of an iPad or Amazon Fire tablet, but has physical game pieces which are used in conjunction with the digital game. This game is all about learning to code, in order to make music! So, it’s great for any gadget or music-loving kids. They will be learning all the time as they play this game, as there are challenges for all abilities from beginner to expert, so it will grow with them for years to come. Kids can take what they’ve learned from this game and apply it in other situations too. 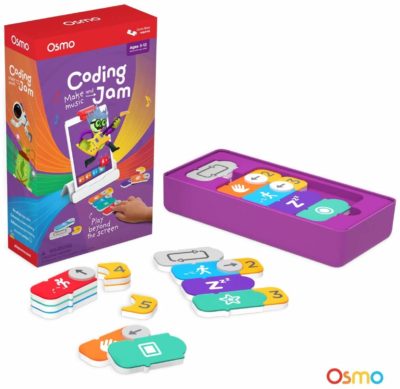 Our final pick is King of Tokyo, which comes from Richard Garfield who also designed the very popular Magic: The Gathering. This is a game for groups of up to six players, and it lasts around 30 minutes. The game is fast-paced so there’s no time to be bored when playing – it’s sure to keep even the fussiest of tweens entertained! Some of the game pieces include over 60 cards, monster boards, tokens, eight custom dice, energy tokens, and more. The aim of the game is to ultimately become the King of Tokyo by using the cards and tokens to fight off the other monsters! 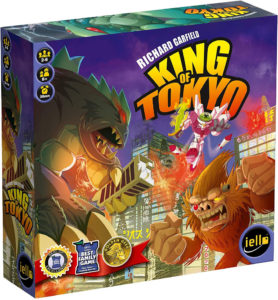 After considering 10 of the best games on the market, it’s time to decide which takes the spot as the best overall. In this case, we’ve decided to go with the Harry Potter battle card game. Potter is always popular with this age group, and tweens are sure to love the unique nature of this game – it’s nothing like other games they will have played before. They’ll enjoy playing as their favorite characters, and the seven different games which are included means this set will keep them entertained for a long time without getting tiresome.

If you don’t want to spend too much on a new game, why not consider the Isle of Skye game instead? It’s a clever strategy game that is sure to keep tweens’ brains working as they play, but they’ll also love the beautiful game board and play pieces. This is a great game for keeping them entertained for longer periods, as it typically lasts an hour, and it’s fun for bigger groups of up to five, as many games can only be played by a maximum of four at a time.

What are the Benefits of Playing These Games?

There are loads of benefits attached to playing games at the age of 11. Social development is one of the main factors at this age, as sometimes tweens find it difficult to work with others and successfully communicate with family and peers. So, playing games together is a great way to allow communication to happen in a friendly and relaxed atmosphere, and it’s a great way to encourage face-to-face interaction, rather than relying on texting as many tweens do.

Best Board Games for Teenagers