When to Turn a Car Seat Around

One of the most important purchases a parent will make is a car seat for their child. There are so many different brands and styles out there, sometimes choosing the perfect one can be a bit of a minefield. Many parents think they should turn their baby to the front-facing position as soon as they are heavy enough, or the right age. However, there has been much research which shows that it is actually better to leave your toddler rear-facing for longer. 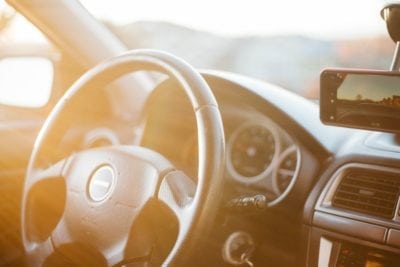 What are the different types of car seats?

There are many different types of car seat, each recommended for different age groups. Infant car seats must be installed facing the rear of the vehicle, and are ideal for children from birth until 22 pounds on average. Some models allow for extended rear facing, until 35 pounds, although check with the manufacturer for detailed information.

Convertible car seats can be used in both front and rear facing positions. They are usually able to be used facing rear for longer, in some cases up to 40 or 50 pounds. They are then turned to the forwards position, but still use the built-in harness, until the child is around 65 pounds.

All in one car seats offer the same advantages as convertible seats, with the added bonus that the harness can be removed so the seat acts as a booster for older children. They typically hold kids up to around 100 pounds or more, meaning they can be the only car seat you will need for your child.

When should my child start facing forwards?

Whilst children can face forwards from around 20 pounds in most seats, the American Academy of Pediatrics strongly recommends they stay facing rear until they are too tall or heavy to do so safely in their seat. The AAP suggest children should ride facing the back of the car until they are at least two years old. Similarly, whilst the harness can be removed in all-in-one seats from 40 pounds usually, it is safer to keep using the harness until your child reaches the maximum weight limit.

Why is rear facing safer?

Young children’s heads are very large in relation to the rest of their body when compared with adults or older children. So, in the event of a crash, the seat supports the head, neck and back and distributes the force evenly through the seat.

It has been shown that children aged between 1 – 2 years old are five times less likely to be injured in a crash when traveling facing the rear of the car. Overall, it is best to keep your child in the most protective seat for as long as possible – wait until they are too heavy before upgrading from an infant seat, then keep using the harness when front-facing until the child again reaches the maximum weight limit.